When people think of Mexican, they often think of Tex-Mex, but there is a place in the gourmet world for authentic Mexican food. Handmade tortillas, fresh herbs like cilantro, and hand roasted chilies, are telltales of Mexican cooking. Mexican cooking's biggest names in the kitchen, have taken the regional cuisines to gourmet and beyond with signature dishes, recipes and more. Some of these chefs were born in Mexico, while others merely gravitated to the cuisine over time. One thing they all have in common is a love for the culture and food.

The fourth generation in his family to get into the restaurant business, Rick Bayless was born in Oklahoma in 1953. He studied Spanish and Latin American culture before going on to get a doctorate in Anthropological Linguistics at the University of Michigan. Upon graduation, Bayless and his wife moved to Mexico, where he wrote his book, Authentic Mexican: Regional Cooking From The Heart of Mexico.

Following the success of this book, Bayless went on to pen Rick Bayless's Mexican Kitchen: Capturing the Vibrant Flavors of a World-Class Cuisine and Salsas That Cook. All three of Bayless' works have been heralded as some of the most important contributions to the Mexican cookbook family.

In 1987, Bayless opened the Frontera Grill in Chicago, one of the city's most popular night spots and venues for Mexican cuisine. Following its success, he later opened an adjoining restaurant, Topolobampo, America's only fine dining Mexican restaurant. In 1996, Bayless began to market some foods such as salsa and grilling rubs under the name, Frontera Foods.

Bayless resides today in the city of Chicago and runs his restaurants alongside his wife, Deann. He continues to pursue new ventures in Mexican cuisine while continuing his original enterprises.

Owner of the restaurant Centrico and seen frequently on television shows such as Chopped and Chefs vs. City, Aarón Sanchez has been cooking traditional Mexican foods nearly his entire life. Born in El Paso, Texas to Chef Zarela Martinez, Sanchez has been working in a professional kitchen since age 16.

Sanchez studied culinary arts at Johnson and Wales University before beginning his career as a chef at Patria in New York. Shortly after this, he met his future business partner, Alex Garcia. When Garcia opened Erizo Latino in 1996, he brought Sanchez along as head chef.

From there, Sanchez moved on to Rose Pistola in San Francisco before returning to New York. Since that time, he has worked in numerous restaurants including:

In 2011, Sanchez teamed up with Garcia once again to work on television shows such as the Melting Pot and Iron Chef America. He currently resides in New York.

Zarela Martinez began cooking professionally in El Paso, Texas during the 1970s. The Mexican-born chef learned cooking and food preparation from her mother at an early age. Mentored by Paul Prudhomme, Martinez moved to New York in 1983 where she became the executive chef at Café Marimba.

Martinez went on to open her own restaurant, Zarela, in 1987 and to pen multiple cookbooks, including Food from my Heart and The Food and Life of Oaxaca. She resides in New York City.

Born and raised in Mexico, Ana Garcia founded La Villa Bonita Mexican Culinary Vacation in 2001. Garcia was born in Monterray, Mexico in 1972 and was raised in Cuernavaca, Morelos, Mexico.

Garcia became passionate about the cooking of Mexican food in childhood, but originally envisioned a career in business. It was not until she met her husband, Robb Anderson who convinced her to use her talents and passion for cooking and teaching to open La Villa Bonita.

In addition to her duties as head chef and owner of La Villa Bonita, Garcia is working on a developmental deal with The Wolper Organization to develop the first Mexican cooking show, which will star Garcia. 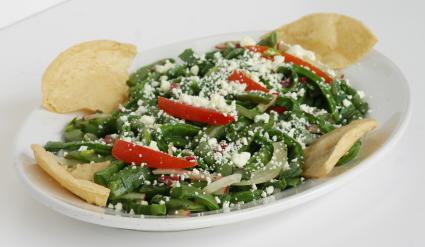 If you are traveling to New York, Chicago or Mexico, do yourself a favor and look up some of these famous Mexican chefs. Good food can be hard to find; take advantage of the knowledge and passion each of these chefs brings to their art and savor every bite.