A well made pizza is a treat. A crisp crust and delicious and flavorful toppings are accented by creamy, melted, bubbling, and browned cheese. The very browned, or almost burned spots are called "blisters" and add to the pizza's appearance; select the best cheese to use on your homemade pizza that combines all of these attributes.

Mozzerella Is the Best Pizza Cheese

Cheese used on pizza must meet a few criteria. It must melt well, stay soft and creamy as it melts, it should brown well, but not too much, it should form brown spots, be elastic so strings form as you bite into a piece, and it should have a good flavor. Mozzarella browns or "blisters" very easily in the heat of the oven. This cheese has exactly the right combination of oil and water for perfect browning according to Dr. Bryony James at the University of Auckland. The oven's heat makes the water in the cheese boil. Oil in the cheese starts to leak out on the surface, and the steam creates bubbles. As the bubbles break through the oil, they brown. When a cheese has too much oil, the bubbles never break through that layer and do not brown.

Mozzarella is the classic cheese used on most pizzas, but there are rules about the type to use. It is very elastic, which means you'll get a nice "cheese pull" when you bite into a slice. It also browns well and forms blisters easily. But there are caveats: not all types of mozzarella will work well. 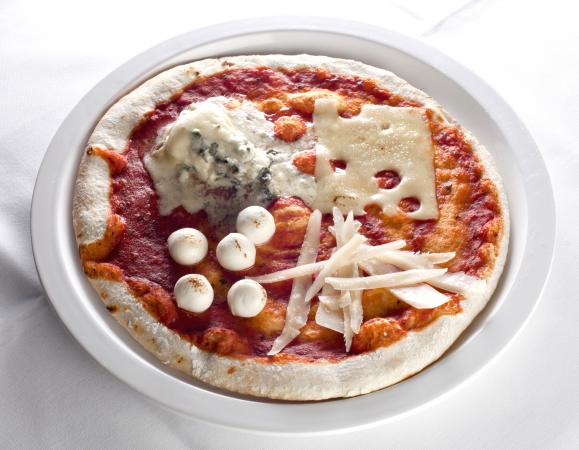 Many pizza recipes call for using two or more types of cheese. These additions add flavor and color to the pizza, while maintaining the desired elasticity and browning and blistering. Cheddar, Monterey Jack, Colby, and Swiss cheeses brown less and more evenly than mozzarella because they release more oil, giving you the ability to control the amount of browning and blistering on your pizza. None of these cheeses have the same elasticity as mozzarella.

It's important to use natural cheese on your pizza for best results. Processed cheeses have emulsifiers, food coloring, and other artificial ingredients. These cheeses melt well, but are very mild in flavor, aren't elastic, and will not form blisters in the heat of the oven. Some processed cheeses are made of blends of different types.

Cheeses for Different Types of Pizza

All cheeses can be made with mozzarella, of course. But some cheeses are better for certain pizzas. Think about the toppings you will use on your pizza, and match them to your favorite cheeses. There is really no wrong combination of cheeses on any pizza! For example, try Brie with mozzerella on a Hawaiian pizza, or any of these options for your favorite toppings: 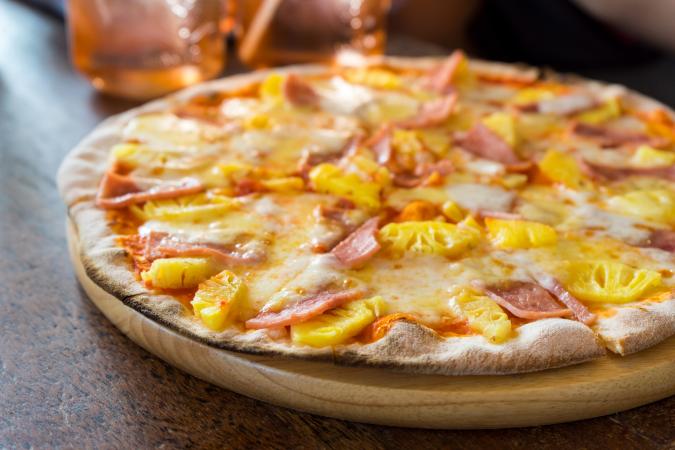 Sauce is going to add moisture and steam to the cheese. A very saucy pizza should be topped with mozzarella or other low-moisture cheese, since the steam the sauce creates will reduce browning. For pizzas with less sauce, you can use just about any combination of cheeses you'd like.

The Sky's the Limit!

Now that you understand some of the properties of cheeses used on pizza, you can mix and match them for the type of finish you like best. Use more mozzarella for elasticity and nicely browned blisters, or reduce it and add some Swiss, Edam, Gouda, or Cheddar for less browning and more flavor. Use feta, blue cheese, and Parmesan to finish off your creation. And enjoy every bite.